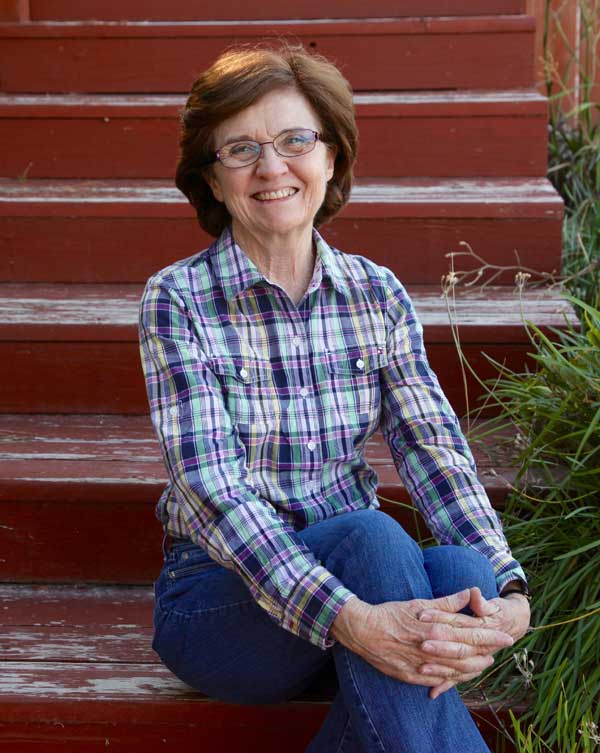 Mary Wiesbrock has been an advocate for the Santa Monica Mountains for over forty years.  Originally working professionally as a high school biologist and a medical technologist, Mary became interested in supporting her local natural environment.

She was a board member of the Fountainwood Homeowners Federation, Member of the City of Agoura Hills General Plan Committee and Founder of Save Open Space which has been instrumental in saving numerous landscapes.  These include limiting highway development in Cheeseboro Canyon, limiting the  development of large portions of Liberty Canyon, restricting development in the Micor urban project site, saving the 5400-acre Ahmanson Ranch, the 2300-acre Jordan Ranch in Palo Comado Canyon and the 588-acre Gillette Ranch properties. 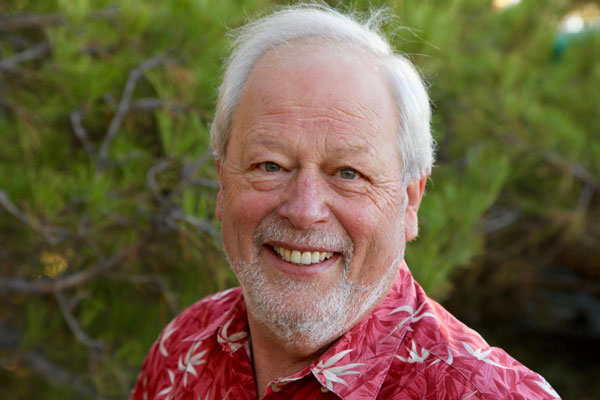 Tim was a career photography teacher at John Burroughs High School in the Burbank Unified School District when in the late 1980’s he joined Save Open Space in the fight to save the Ahmanson Ranch. That effort concluded with great success in 2003 when developer efforts ceased and the land went into public ownership.
Tim retired from teaching in 2010 after a 38 year career. With a little more time on his hands he was able to head up the new effort to have the former Santa Susana Field Lab transferred to open space and ultimately established as a national monument.
DR. H. DREW FOUNTAINE  Boardmember 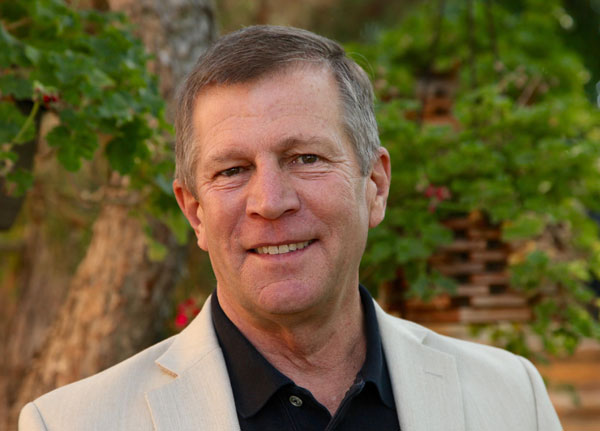 Dr. Fountaine teaches accounting and finance at Pepperdine University and also engages in litigation support activities as a consultant with Phillips, Fractor & Company, LLC, providing financial valuations and expert testimony. Prior to his academic and consulting careers, Dr. Fountaine worked for over 20 years as a CPA and as a financial manager for domestic and multinational entities.
A fourth-generation southern Californian and avid hiking enthusiast, Dr. Fountaine is active in the community with an emphasis on protection of our open space and quality of life. His research interests include extensive study of California’s water systems and stakeholders, and he sits on several local boards and committees focusing his efforts on ensuring preservation of our community and the surrounding wildland habitat.
CYNTHIA MAXWELL  Boardmember 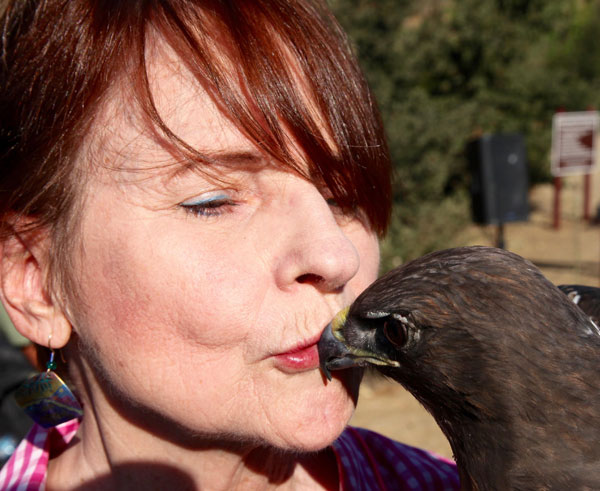 Cynthia began her environmental activism in 1971 at the age of 24. At that time she was living on 165 acres of land that was homesteaded by her husband’s family in 1913. There was a pair of nesting Golden Eagles that lived on cliffs above the house.During the 1970’s the developers were talking about developing the land and the surrounding 1,000 acres, into ten acre sites. She was fortunate to connect with Margo Feuer, who along with Sue Nelson and Jill Swift where working hard to protect the Santa Monica Mountains. With Margot’s direction and help they were able to acquire the land and save the nesting site of the eagles.The 165 acres now belongs to the Santa Monica Mountains National Recreation Area and is a bird sanctuary. A great beginning for her lifelong environmentalist endeavors.Since then she has been on the board of the Santa Monica Trails Council (18 years) and now with Save Open Space. Currently she is president of the Cold Creek Community Council and is representative for the Liberty Canyon Wildlife Crossing for Save Open Space.
BOB COUTTS  Treasurer 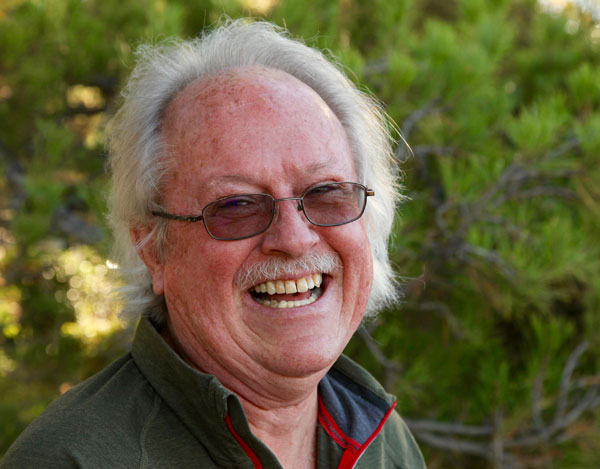 Bob is the son of a Canadian grain farmer. His grandfather came here from Scotland on a sailing ship, with his family and spent the rest of their lives as pioneers in the wilds of northern Ontario, Canada. They lived in a place called Couttsville. Bob was born in Michigan and was another kind of pioneer at Oakland University where he majored in Physics. He was a member of the first class to graduate from OU and so helped pioneer what was to follow there for others.
The Los Angeles Unified School system came to Detroit looking for teachers and hired him on the spot, a month after graduation. He was employed as a Physics Teacher at Van Nuys High School for 40 years. After a few years in the classroom he began designing and leading educational workshops and summer programs for science teachers for UCLA, USC and CSUN. He was a research fellow at USC, Stanford and Princeton University, as a result of winning Fellowships from The Woodrow Wilson Foundation, NASA, the NSF and The Research Corporation.
Since retiring from the classroom, he has become a writer, a photographer and an artist. Also, he is now a supervisor of student teachers of secondary science at CSUN. Bob is the treasurer of SOS.
FRANCES COUTTS  Secretary 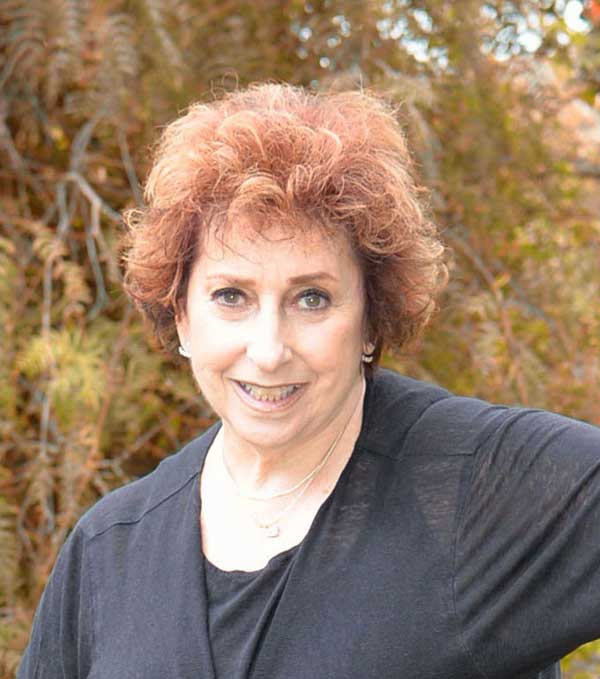 Frances has been a Registered Nurse for 43 years. She spent all of her 38 years at Saint John’s Hospital in Santa Monica as a cardiac nurse; 6yrs in Coronary Care, 10 yrs taking calls in the Heart Cath Lab while spending most of her career in charge of the Pacemaker and Defibrillator Clinic.
During her college years she became more involved in the fine arts and spent a great deal of time in printmaking; Intaglio and Monotype and Lithography. She also spent time doing biological illustrating which she loved.
In about 1990 Frances got involved with SOS because she saw more and more of our environment in our community becoming more and more commercial with property development and that we as a community were losing wildlife habitat and the extraordinary wildlife living in the area. Because of Frances’s involvement in her neighborhood park and the Ahmanson Ranch Project she joined SOS and eventually became Secretary.
After leaving Saint John’s she became interested in sailing again and joined Westlake Yacht Club and became Membership Co-chair along with her husband Bob. Having spent many years hiking, camping, sailing and backpacking Frances realized how important it is to maintain involvement in the environment in general, our community and our wildlife corridors and must not relent in that effort.

LISA LIKAHI  Online Media
Lisa was born and raised in the San Fernando Valley and has been working in Digital Media since attending UCLA where she helped launch the Daily Bruin and Bruin Walk websites. She was a project manager at Disney Channel and ABC Studios and has collaborated on over 100 celebrity charity events & fundraisers.

REMEMBERING OUR BOARD MEMBERS

Margot Feuer 1922 – 2012
The Santa Monica Mountains and Margot Feuer: Past, Present and Future

Margot grew up in Connecticut, exploring the shoreline of Short Beach and hiking the trails outside New Haven. She realized early in life and was an early believer that “Wilderness, ocean, nature must be shared to contribute to character building. Nature is character.”

She married Stan Feuer after moving to Los Angeles in 1965, and later the couple decided to move to Malibu in search of a more “country” life for their three sons, Josh, Zach and Mark. Their move came as Los Angeles County was considering approval of several thousand new homes on the western edge of the Santa Monica Mountains. Margot began attending weekly meetings of the Malibu Citizens for Good Community Planning. She was instrumental in the lawsuit brought by the Center for Law in the Public Interest, which compelled the County to adopt environmental guidelines to protect Malibu and the pristine regions of the Santa Monica Mountains. This was the beginning of meaningful protection for the 50-mile long section of the mountains that runs from the Hollywood Hills to Pt. Mugu State Park.

Later Margot joined the Malibu Township Council, and was at the forefront battling a proposed eight-lane highway through Malibu Canyon. Recalling the spectacular citizen’s revolt that beat back that ill-conceived plan, Margot opined, “Democracy is a wonderful experience.”

In the 1970s, Margot led early efforts to create a national park in the Santa Monica Mountains, protecting them from development and opening them to a greater population. She repeatedly traveled to Washington, D.C. to lobby for park status and land acquisition funds. In 1978, the legislation passed and the Santa Monica Mountains National Recreation Area (SMMNRA) began to officially take shape.

Planning and advocacy for the new park consumed the last three decades of Margot’s life. As one of the leaders of grassroots organization Save Open Space/Santa Monica Mountains, she was a powerful force in the effort to add three major parcels to the park: Jordan Ranch (once proposed for 1,152 housing units and a golf course, now 2,308 acres of park land); Ahmanson Ranch (proposed for 3,000 housing units and two golf courses, now 5,400 acres of park land and re-named Las Virgenes Canyon) and the historic King Gillette Ranch (588 acres saved from the development plans of Soka University).

In 1996, Margot helped to prepare a study articulating the need for a central and accessible visitor center for the SMMNRA. She understood that the park was within reach of 25 million people in Southern California, with 500 miles of hiking trails. The report, titled “We need to tell them we’re here”, focused on the need for a visitor center that was well located and welcoming. The Gillette Ranch, located at the corner of Las Virgenes Road and the Mulholland Highway, was identified as an ideal location.

Fast forward to June 2012: In no small part due to Margot’s vision and tenacity, the new King Gillette Ranch Visitor Center opens. The historic ranch stables have been transformed into an inviting, solar-powered visitor center with exhibits on the 450 animal species and 26 distinct plant communities within the park.

In the week before the public opening of the visitor center, Margot was invited to tour it. In one of the exhibits, there is a section of large concrete pipe, demonstrating the safe passage corridors installed in the park for animal crossings. In her inimitable style, Margot got down on her 89-year old knees and insisted on experiencing what a wild coyote does when crawling through the pipe — typical of her ever-curious mind.

The Santa Monica Mountains will certainly be expanding their reach, welcoming even more Southern Californians, who will start their adventures at the new Visitor Center. Without Margot, it is possible that the Gillette Ranch and the ideally located Visitor Center may never have materialized and the park as we know it, may have been a much smaller treasure than it is today.
Being in the mountains will hopefully refresh, inform and inspire people, as they did for Margot. But these mountains will always be vulnerable and require protection. We need to all rise to the high standard of leadership, stewardship and vision, as set by Margot, to insure their future well-being.

Until her death, Margot served for more than two decades on Save Open Space/Santa Monica Mountains’ board. Margot Feuer’s family requests any remembrances of Margot be donations to: Save Open Space, Box 1284, Agoura Hills, CA 91301.