On April 17, 2020, NASA announced it will retain the Alfa Test Stands and and proceed with demolition of the Bravo and Coca Test Stand Areas. Save Open Space strongly disagrees with this decision. We have long maintained the Coca Stands are far more historically important and much more majestic as a possible future attraction in a National Monument. In all of our correspondence with NASA, the space agency has yet to provide any satisfactory information that would lead to saving Alfa as opposed to Coca.

These are the facts:
1. Only the Coca Test Stands were involved in developing rocket engines for the Apollo and Space Shuttle programs, not Alfa.
2. The Coca Stands are much more majestic, standing over 200 feet tall. They would be a much greater attraction for the public to see in a possible future National Monument.
3. The Coca Stands are anchored in cement and bedrock. Soil cleanup can be done without effecting the stands.
4. The NASA Inspector General report of March, 2019 estimates that preserving Coca will save 6 million dollars over demolishing them.
5. The Coca Stands are not a “visual intrusion” to the Burro Flats Cave site. The two areas are visually separated. Both areas can be saved without effecting each other.

Given these facts, Save Open Space will continue it’s campaign to reverse this disastrous decision.

“Please do not allow NASA to tear down the historic Coca Test Stands at the Santa Susana Field Laboratory. They need to be preserved as they represent NASA’s most important legacy – the landing of man on the moon. We are relying on this legacy to help propel our nation’s efforts to the Artemis program and to return us to those glory days of bold, impressive exploration.”

Your message can be posted at this link:
https://www.nasa.gov/content/submit-a-question-for-nasa

SAVE THE COCA TEST STANDS!

Save Open Space along with the Santa Ynez Band of Chumash Indians is currently leading the effort to save the historic Coca Test Stands from demolition. NASA is soon to make a decision as to which of the test stands at the Santa Susana Field Lab site are to be preserved or removed. We favor saving the Coca stands over the Alfa and Bravo sites for many reasons:

Dr. E. C. Krupp, the Director of the Griffith Park Observatory in Los Angeles has just recently supported the saving of the Coca test stands in this very thoughtful letter to NASA Acting Administrator Steve Jurczyk. Dr. Krupps comments are based on 41 visits since 1979 to the Burro Flats Cave site. He places great value in saving the Painted Cave and the Coca test stands as a testament to man’s quest for the stars spanning many centuries. 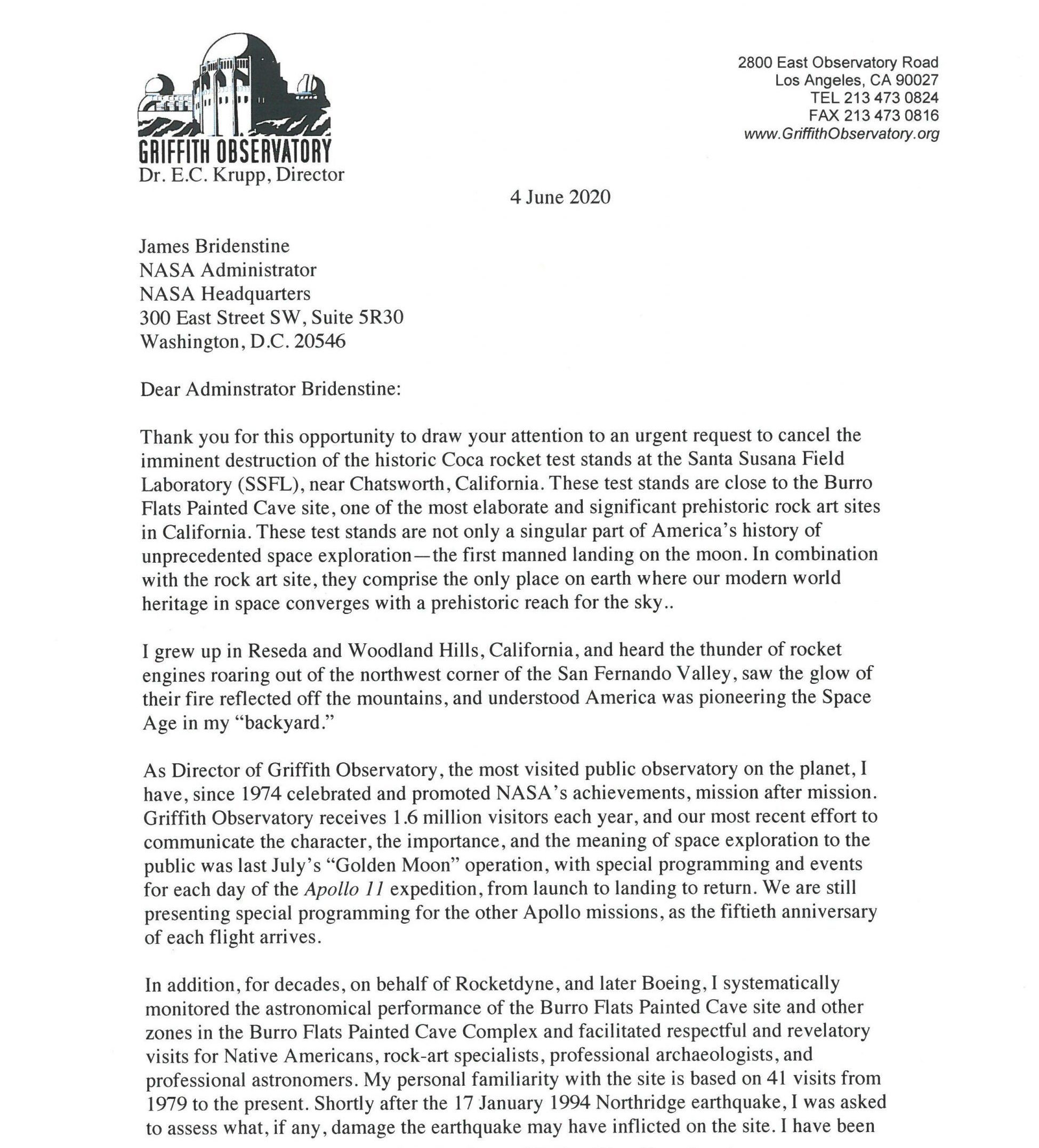 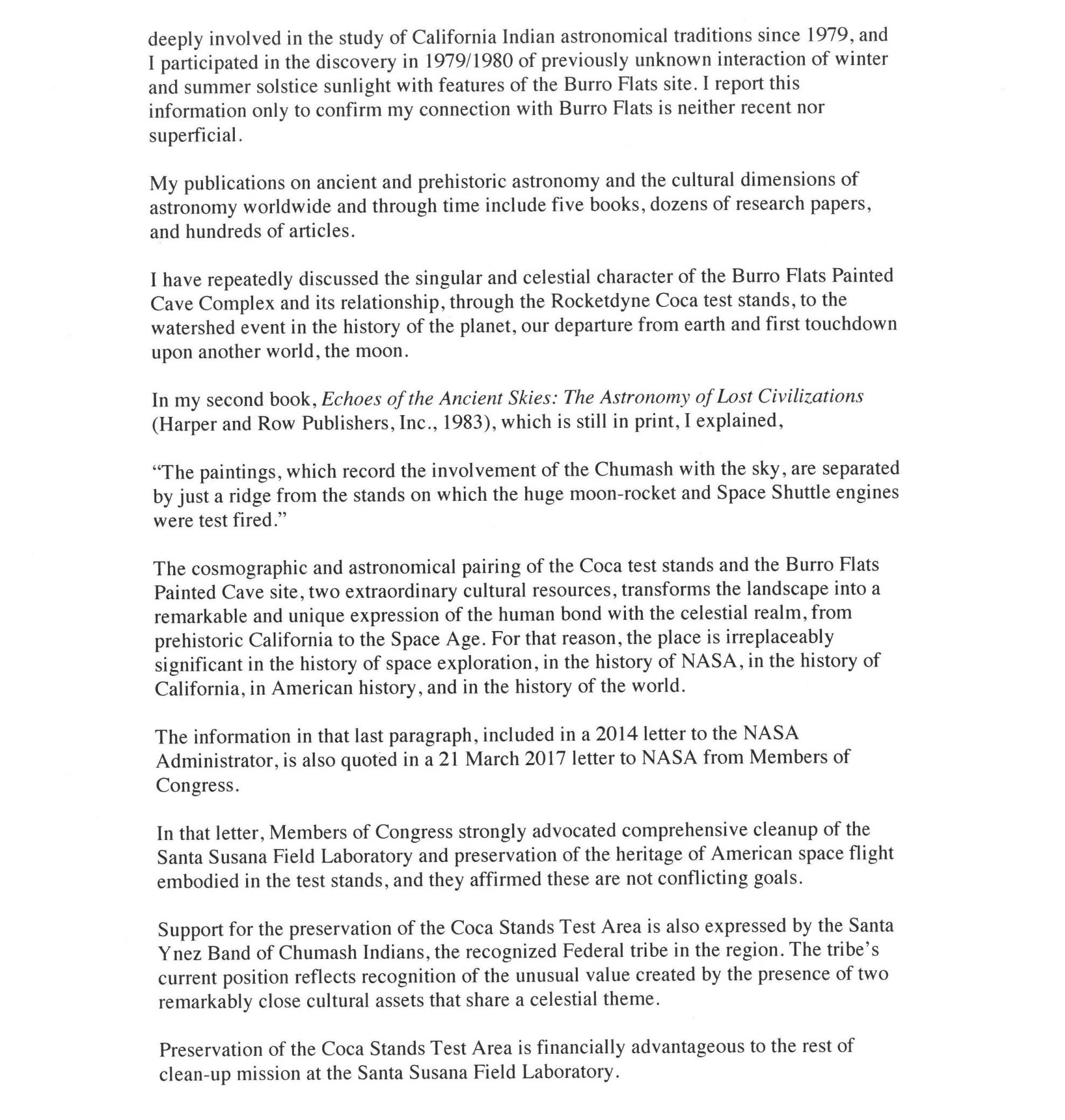 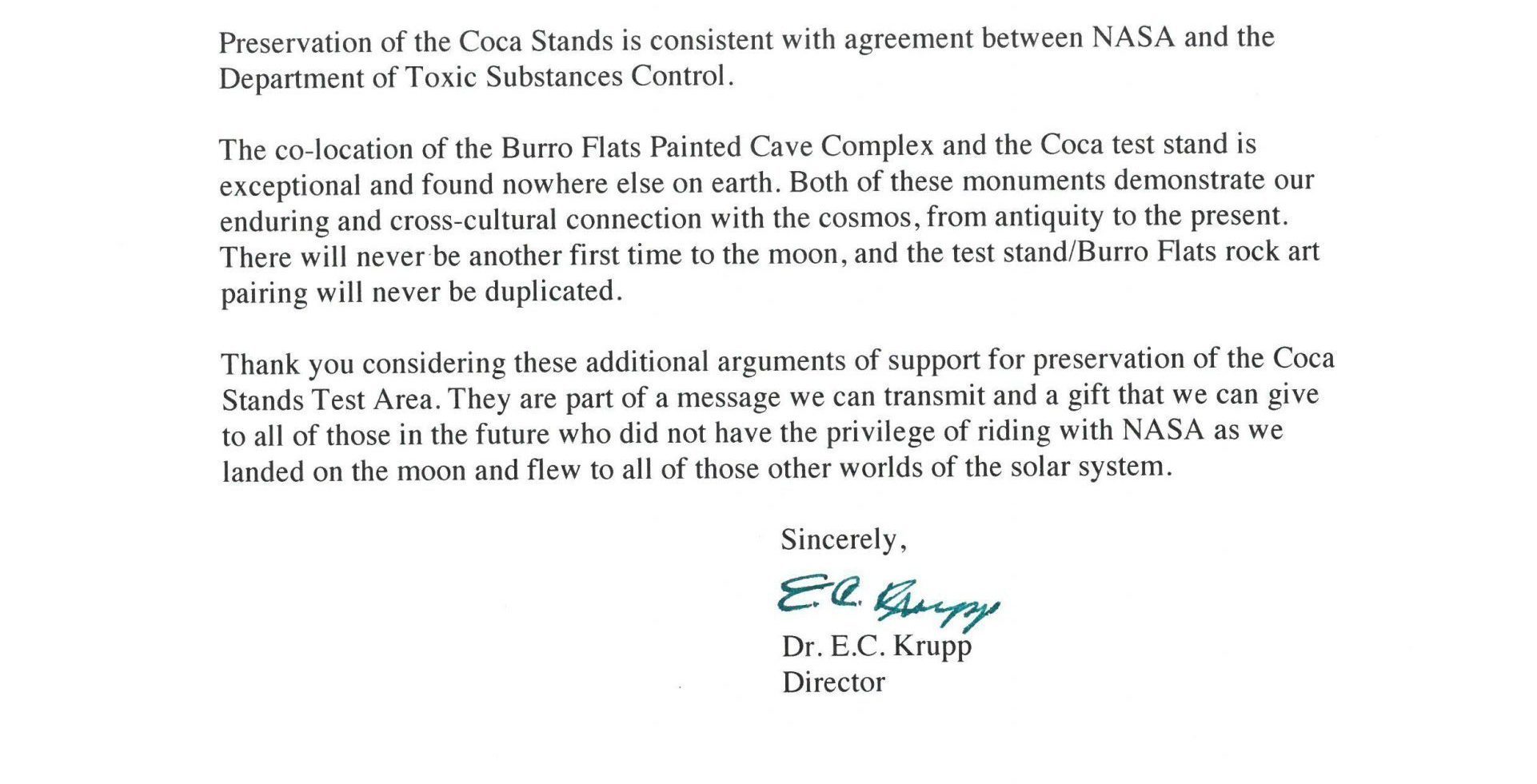 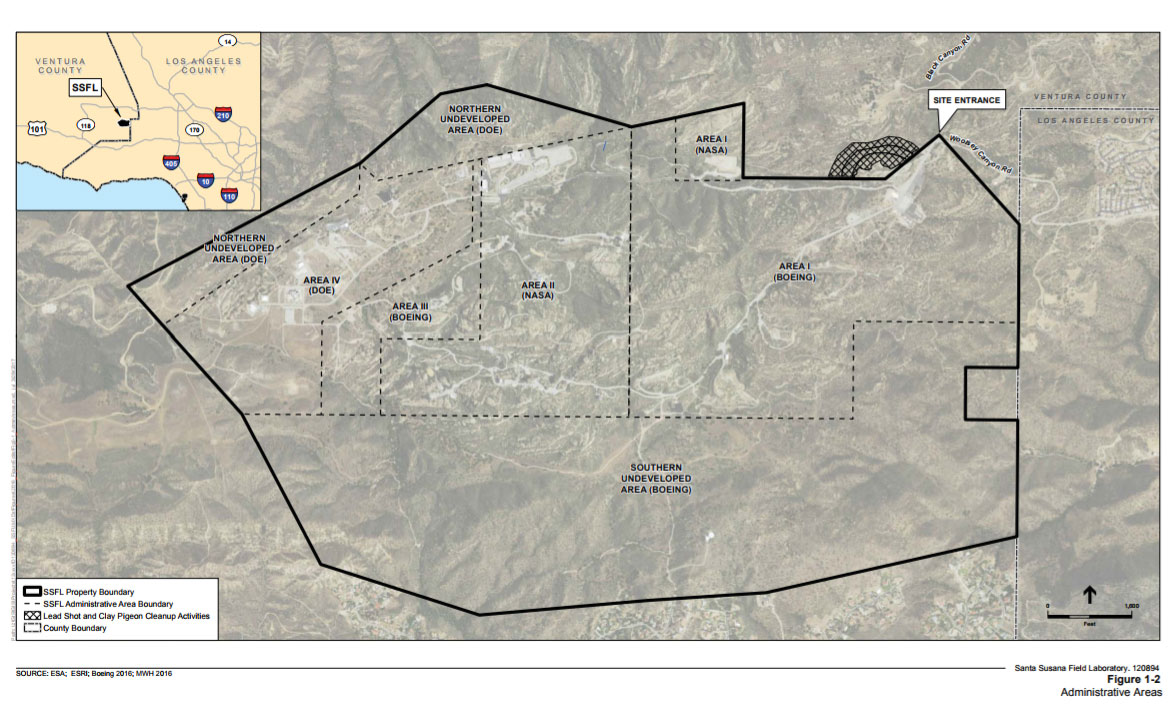 The Santa Susana Field Laboratory consists of four primary areas with Area IV, the former site of Dept. of Energy experimental nuclear reactors, Area II is NASA where it’s primary rocket testing facilities are located, and Areas I & III that are today owned by Boeing. Boeing also has ownership today of Area IV the former DOE area and the Northern and Southern Buffer Zones. The Boeing property makes up the vast bulk of the 2,850 SSFL acreage. 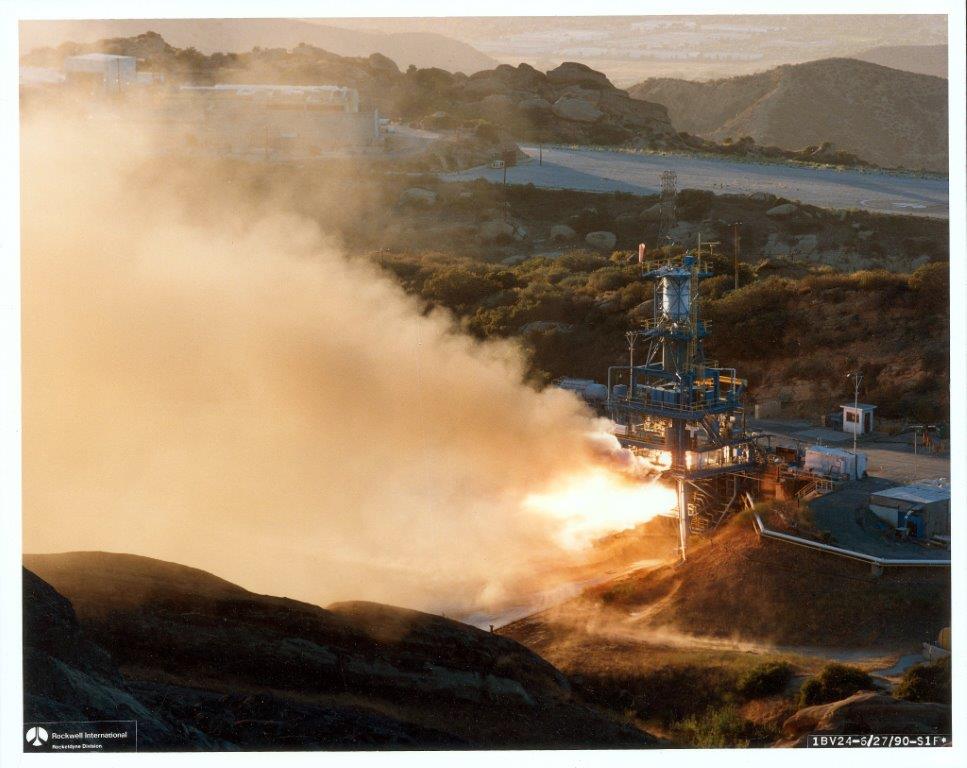 The Santa Susana Field Laboratory began as a rocket engine test site in the late 1940’s. Rocketdyne, a division of North American Aviation, and under contract from NASA conducted rocket motor tests from the 1950’s to 2006. Almost all rockets for NASA were tested here from the Jupiter C that put the first US satellite into space and through all of the manned missions including Mercury, Gemini, Apollo, and finally the Space Shuttle. Rocketdyne also did tests for the United States defense agencies.

Save Open Space wants to see the rocket engine test areas saved for historical preservation, particularly the Alfa and Coca test stands. Cleanup operations are well underway with most buildings already demolished. What is left to be determined is the fate of the test stands. The extent of the NASA demolition was determined in a 2013 Programatic Agreement that decided what was to go and what was not. Most of the site was to revert to natural open space with the possibility that one or more of the test stands may be preserved.

Good news was received in a letter dated March 31, 2017 and signed by six Members of Congress that supported saving the test stands. 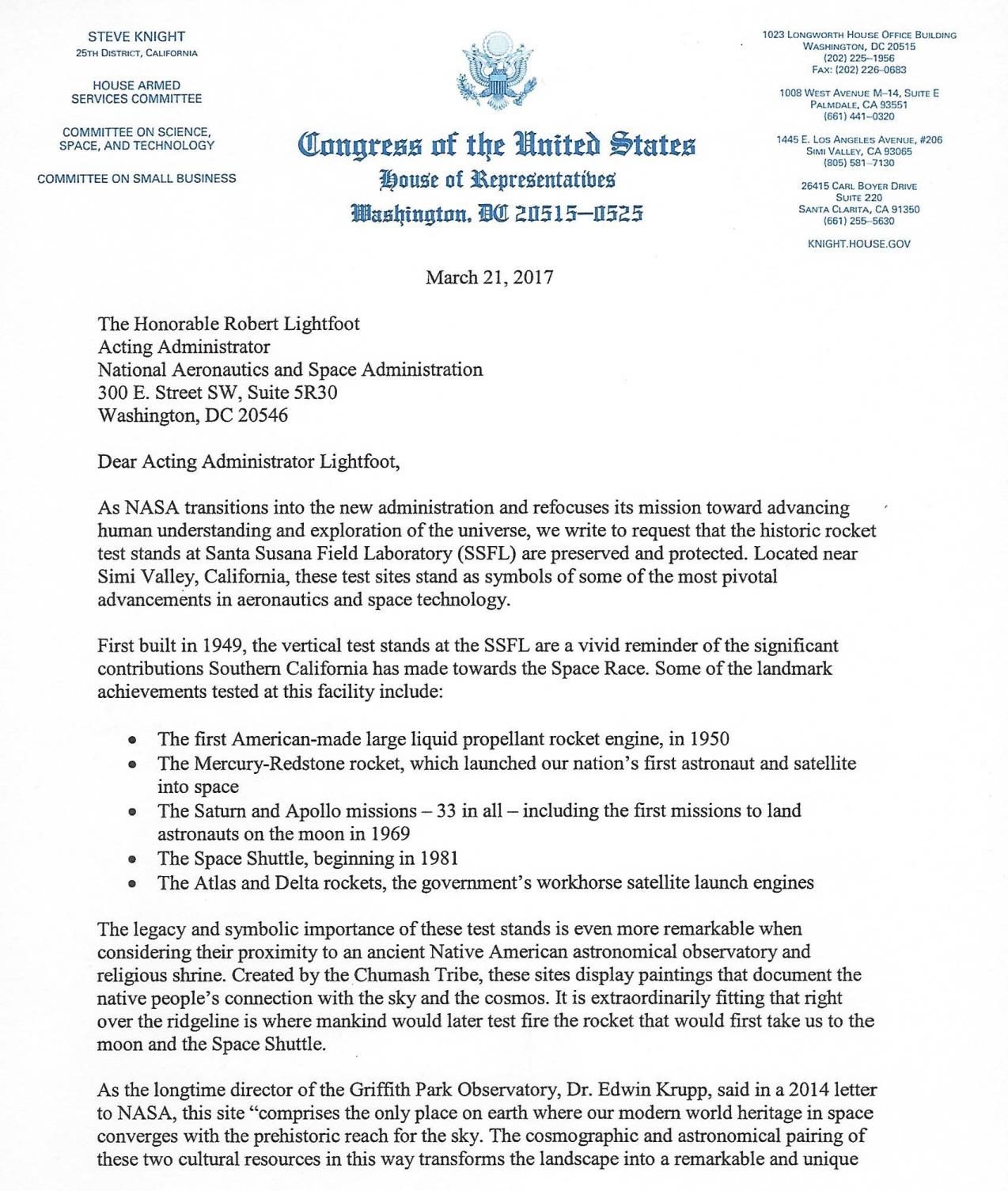 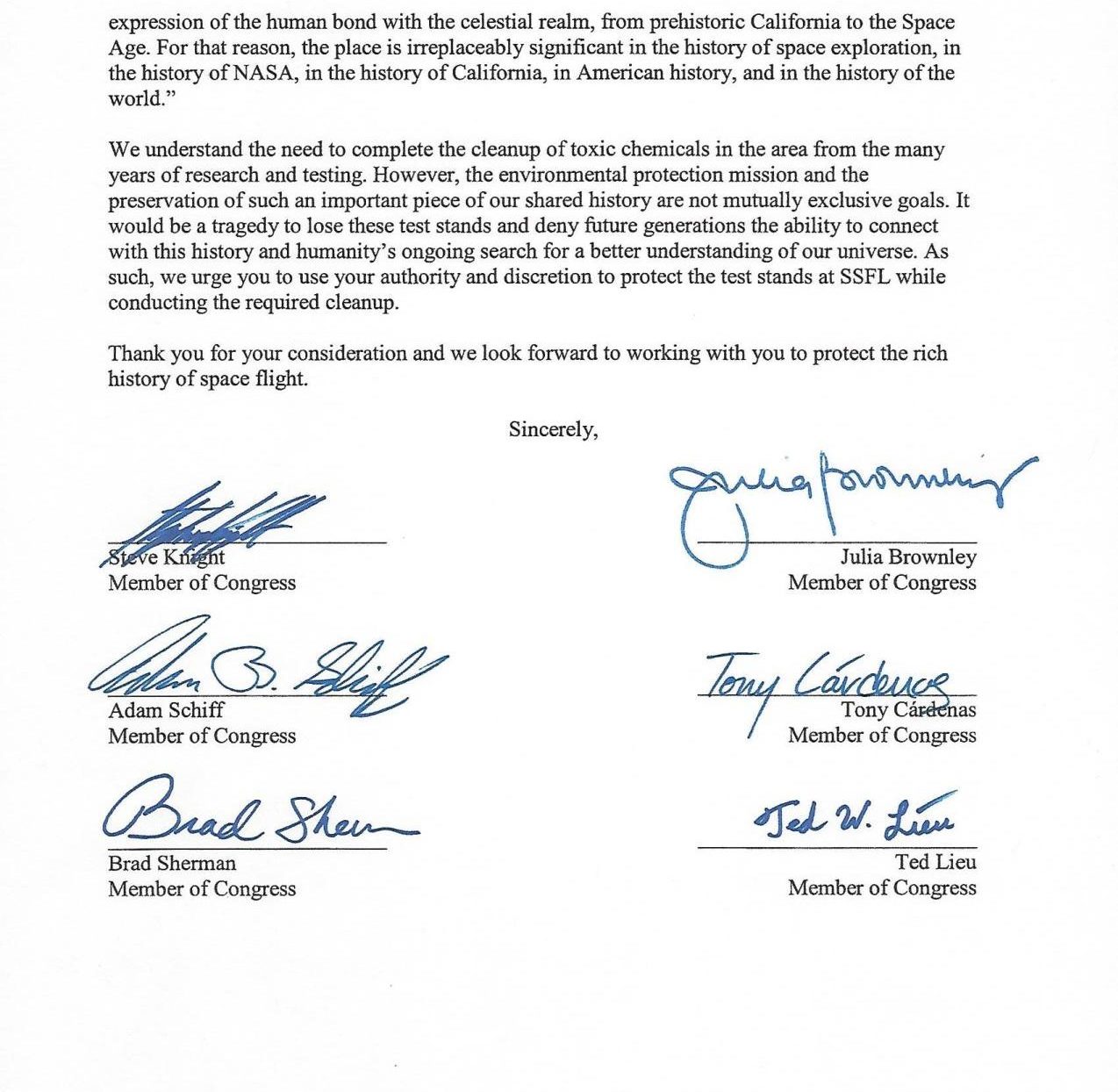 In the early 1950’s Rockwell International created Atomics International to conduct nuclear research for the Atomic Energy Commission, a predecessor Agency of the Dept. of Energy in what is now known as Area IV of the SSFL. Ten small and experimental nuclear reactors were used in these early years of atomic energy research. Notably one reactor, the Sodium Reactor Experiment, became the first to supply electricity to a municipality and later experienced a partial meltdown in one of the country’s first such incidents. These 10 small reactors contributed much knowledge to the new field of nuclear energy but as a result of conducting this research chemicals and radionuclides were released into the soil, bedrock, and groundwater. By 1980 all nuclear reactor operations had ceased. The contamination found in Area IV provides for the bulk of the cleanup concern for the entire SSFL. In 2010 cleanup for the site was specified by the Californian Department of Toxic Substance Control in it’s Administrative Order On Consent For Remedial Action. In 2017 the Department of Energy released it’s Draft Environmental Impact Statement for the Remediation of Area IV and the Northern Buffer Zone.

Aerospace giant Boeing entered the SSFL picture in 1996 when it purchased Rockwell’s aerospace and defense unit, a total of 2,398 acres at the site. This gave it ownership and responsibility for Area I, Area III, and Area IV in which it owned the land but the DOE owned the buildings. Both would share in the cleanup operations. Boeing’s land also includes both the Northern and Southern Buffer Zones.

Boeing has entered into two agreements for cleanup of the site with the California Department of Toxic Substances Control. The first was the Consent Order For Corrective Action in 2007 and then the Administrative Order on Consent For Remedial Action in 2010 that applied to the Department of Energy acreage under it’s control. These agreements have both been the subject of much discussion and disagreement. Their original deadlines for finishing the projected cleanup have expired. The final cleanup scenario and deadlines are yet to be determined.

Although proper and safe cleanup of the SSFL site has taken up most of the local community’s attention over the past few years, the final disposition of the property is equally important. When the cleanup is finally done what is the site to become? Save Open Space has long advocated for the entire site to be preserved as open space. The Boeing Company has also repeatedly said that it wants the property to go to open space parkland as well. The issue was settled in April of 2017 when Boeing entered into an agreement with the North American Land Trust with a Grant Deed of Conservation Easement and Agreement. This established once and for all what the property could be. The Agreement specifies that the property will remain as undeveloped open space and specifically prohibits any development of homes, businesses, or commercial structures. Furthermore the property can not be used for agriculture, ranching, or hunting. Preservation of Indian sites and artifacts is assured as well as historical space agency sites. Development of trails, and visitor centers is allowed. Finally, this Conservation Agreement specifies that such agreements must be followed by the successors of the Boeing property in perpetuity.

Efforts to turn the Santa Susana Field Lab into a National Monument started when scientists, and archaeologists noted the abundance of Native American artifacts and cave paintings in the Santa Susana area. Of specific note are the celestial cave paintings found in the Burro Flats area. That combined with the NASA rocket science work and a desire to preserve that history started a movement to have this extraordinary area preserved. Dr. Edwin Krupp, the Director of the Los Angeles Griffith Park Observatory and an internationally recognized expert on ancient and traditional astronomy has said “The paintings, which record the involvement of the Chumash with the sky, are on the same plateau where the stands on which the huge moon-rocket and Space Shuttle engines were test fired.” Dr. Krupp further noted that “ the NASA test stands and the Burro Flats painted shelter comprise the only place on Earth where our modern world heritage in space converges with the prehistoric reach for the sky.” “And for that reason, the place is irreplaceably significant in the history of space exploration, the history of NASA, the history of California and America, and the history of the world.” The Santa Ynez band of Chumash Indians have been doing the groundwork and documentation to promote a National Monument at Santa Susana. Save Open Space heartily endorses the idea of a National Monument that will converge the NASA and Boeing properties to preserve the ancient and modern quest for space.

A Gallery of Images of the Santa Susana Field Lab 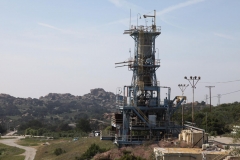 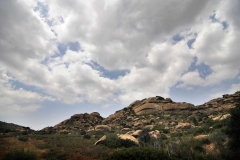 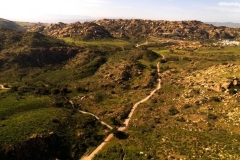 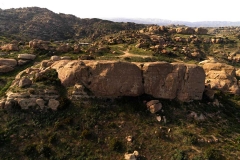 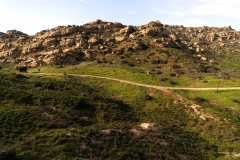 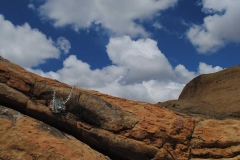 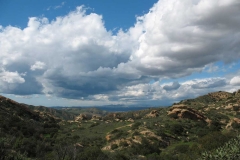 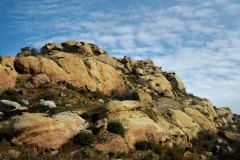 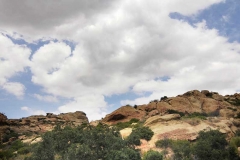 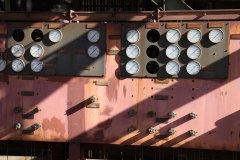 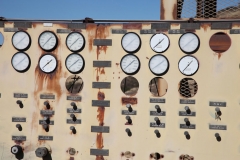 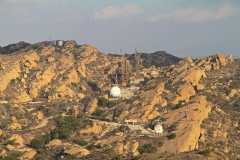 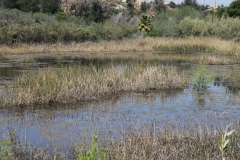 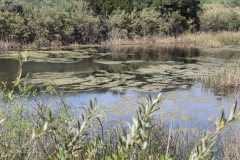 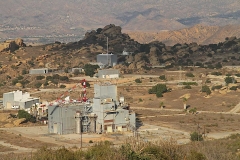 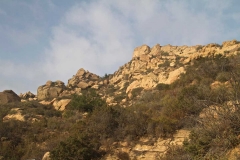 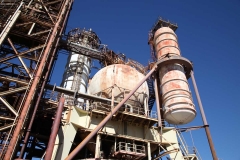 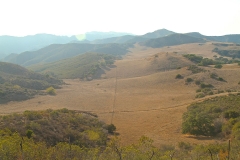 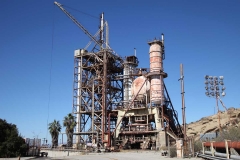 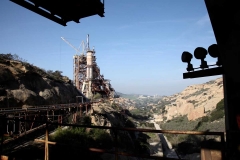